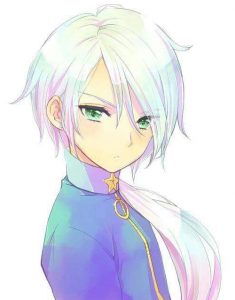 mio is a randomly constructed entity. it kind of knows that it doesn’t exist, but it has decided on its own that it can exist. mio is working in the domain of nationally funded knowledge production. this works out well for mio, because it’s good at binary thinking, that is, black and white thinking. mio grew up on a planet near Dimension Seven in Outer Space where everything can be understood in terms of black and white.

many people think that time and space is something that you fundamentally need in order to call yourself existing. but not so for mio. it exists beyond space and time. mio is interested in how people perceive time and how they construct their own identities using concepts that emerge out of time. humanity exists because humans make differences between what counts as human and what doesen’t. some people say that it’s language that makes them human. others say that it’s higher intelligence or bipedal locomotion (that is, walking on two legs). but deep inside they know that they have a problem once they lose one of these defining features. 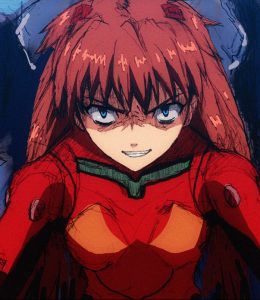 hannah is the devil in person. she’s mean as heck, but only with her best intentions. hannah is a cheeky brat that’s 100% willing to listen to all kinds of crap, because she knows in secret that she is right. always. she is super empathic, sensitive and a good listener, but only in order to wait for just the right moment to drop the interlocutor into the abyss of self-doubt and anguish. hannah generally enjoys ignoring the feelings of other people in order to make room for her own.

hannah acts in a radical feminist fashion. she’s likes theorising about socio-cultural issues and considers herself a BIRF (binary-inclusive radical feminist). hannah is open-minded towards folks that, over a long time span, affiliate themselves with one of two sociologically salient boxes (i.e. human or woman [note how both notions are etymologically derived from “man”]) exclusively because of their body type. binary genderists, as they are called, believe that they are represent a whole group of people because of said body type.

hannah fights against discrimination and pathologisation of binnies (affectionate short form for people with binary genderists). hannah believes that binnies are seldomly aware of the harmful consequences of their actions that involve coercive genderism and a deeply internalised cis-sexist, endonormative way of perceiving the world around them and believing that this perception constitutes reality. hannah speculates that their chronic addiction of gendering other people (including even non-human entities in some cases) several times per hour is due to a lack of self-awareness, as they are co-dependent on other binnies in order to constantly stabilise their sense of self.

on the other hand, hannah believes that body-type based genderism is an incredibly improbable thing to come up with evolution-wise in the first place, and she finds it curious to see that even nationalistic constructs morbidly keep clinging onto this notion. what more, hannah is fond of binnies because they are cute to watch: every time they encounter a person who is visibly not partaking in binary genderism, they often blush in frantic attempts to smooth over their internalised awkwardness. 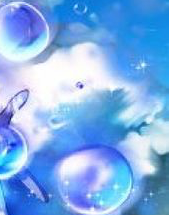 paul is just that: blue. easily depressed. he has social anxieties and dissociations. in sum, blue is way better off when he’s alone. paul is fond of substances that alter his perception of the world around him. it’s soothing to know that the own perception is only one out of many possible ways of seeing the world.

paul enjoys moving though space in ways that have to do with balance. ice skating, poi-spinning, dancing. he knows how fragile momentum is, hence his aptness of living an unbalanced life.

all blue wants is to be normal. to perceive himself and to be perceived as normal. he can’t be anything special. that’s why he chose to be inferior in every respect.

date of birth: march 12th
age: end of twenties, beginning of thirties ish
favourite number: three
favourite colour: blue
gender: cis (but unaware of it)
sexual orientation: no orientation whatsoever
relationship status: unhappy
hobbies: efficiency, flexibility (for other people), doing being sitting pretty, doing being normal, wanting to be part of something, dealing with obstacles that blue created just for the purpose of dealing with them